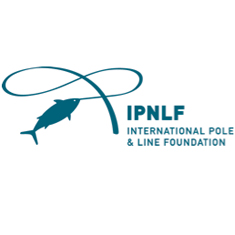 The International Pole & line Foundation (IPNLF) is a relatively new organization, founded in 2012, yet in its short history it has spearheaded important reform in tuna fisheries management across the entire Indian Ocean.

Working with governments, NGOs and scientists, IPNLF helps to develop and support small-scale tuna fisheries, to improve their long-term viability and sustainability. These fisheries catch tuna one at a time with techniques including pole and line, handline and troll, and their selective nature makes them one of the most environmentally responsible methods of harvesting tuna.

Equally important is the task of evidencing and promoting the environmental and social benefits derived from small scale traditional fisheries, many of which are located in less-developed countries and provide a crucial source of local employment and income for a large number of people. IPNLF engages with the wider supply chain, consumers and policymakers to increase awareness of the issues and encourage responsible purchasing.

“We work with markets to forge change for the good of the coastal communities we work with, often through practical fishery projects and stakeholder cooperation,” IPNLF Director of Policy and Outreach Adam Baske said.

Tuna fishing is a global activity, and the highly migratory nature of the stock makes them difficult to manage effectively, as many stakeholders compete for the resource.  However, those resources are particularly important to the fishing communities that depend on them for economic activity, employment, and food security.

IPNLF is helping one-by-one fisheries in many parts of the world, including St. Helena, North America, the Azores, East Africa, the Maldives and Indonesia.

One of the organization’s most significant achievements in 2016 was in playing a central role in the adoption of a precautionary harvest control rule for skipjack tuna by the Indian Ocean Tuna Commission. (IOTC). This is widely acknowledged as being a game-changer for global tuna management, alongside ongoing efforts to ensure that fishing pressure is reduced on yellowfin tuna stocks in the region.

IPNLF had worked on development of the harvest control rule with scientists and decision-makers for several years, but increased its level of activity to galvanize the support of Indian Ocean coastal states, NGOs and the supply chain, in a collaborative effort to support a proposal to protect the skipjack fishery in the region.

As a result of their efforts, a record number of countries co-sponsored the proposal, which was led by a delegation from the Maldives.

“This was the first time that a tuna management body had agreed to put a proactively precautionary management system in place while a stock was still at a healthy level. The new framework will safeguard one of the largest tuna fisheries in the world and we were delighted that our efforts were rewarded with such an excellent result,” Baske said.

In addition to generating letters from supply chain partners, IPNLF worked with its network of members to encourage IOTC member countries to adopt the proposal, organized a workshop with decision-makers to increase awareness of the issues, and ensured that communication efforts with the IOTC and the seafood community were aligned.

“To receive this prestigious award and be recognised by our peers as a Seafood Champion is a truly defining moment in the progress of IPNLF’s work supporting one-by-one tuna fisheries and the coastal communities that are intrinsically dependent on them. Many stakeholders contributed to getting this groundbreaking Indian Ocean skipjack harvest control rule decision over the line and all deserve special mention, not least the Indian Ocean Tuna Commission,” Baske said. “Our hope is that the commission’s decision, coupled with this award, puts precautionary management controls high on the agenda at all future tuna management meetings, so that such rules are given every opportunity to become the norm and not the exception.”