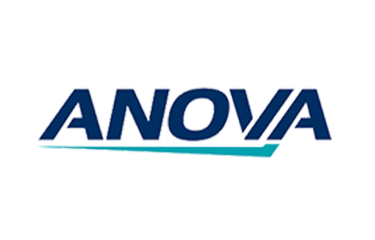 The San Diego, California, U.S.A.-based company, which was acquired by Bumble Bee Foods in 2013, possesses a “core value commitment to social and environmental responsibility” that it says “has led the charge of delivering sustainable seafood to ensure a healthy supply of fish for future generations.”

In 2010, the firm launched its award-winning “Fishing & Living” initiative, intent on helping Indonesian handline yellowfin tuna fisheries achieve Marine Stewardship Council (MSC) certification by way of fishery improvement projects (FIPs). Anova has been working to deliver on that pledge ever since, taking a big step forward in May of this year, when it played a part in aiding a small-scale Indonesian fishery in becoming the world’s first to achieve certification from both Fair Trade and MSC.

The North Buru and Maluku Fair Trade Fishing Association tuna fishery, which operates using one- or two-man boats to catch yellowfin tuna with hooks and lines, is now certified to MSC’s Fisheries Standard. It is the first handline yellowfin tuna fishery in the world to be recognized under the MSC program, and the second fishery in Indonesia to earn such a certification distinction. Anova joined the North Buru and Maluku Fair Trade Fishing Associations, Coral Triangle Processors LCC, PT Harta Samudra, and Yayasan Masyarakat dan Perikanan Indonesia (MDPI) in supporting the fishery’s certification bid.

“The journey towards MSC certification has been a true collaboration between all parties of the client group, as well as Yayasan Masyarakat dan Perikanan Indonesia and MMAF both provincially and nationally. Together we were able to implement fisheries improvement project activities such as data collection, vessel registration, and co-management committees, in order to meet both the Fair Trade and MSC standard,” Anova Food Managing Director Blane Olson said.

Anova’s “Fishing & Living” initiative – which won the 2015 Seafood Champion Award for Innovation – has since expanded to Vietnam, the Cook Islands, and Micronesia, and now addresses the well-being of fishermen and their families. For its involvement in FIPs, Anova “plays a proactive role … by forming and supporting local sustainability teams in charge of implementing various activities such as fishermen training, logbook programs, traceability innovation, and stakeholder engagement,” according to its website.

Like Anova, more seafood businesses have been taking on guiding roles when implementing FIPs. Environmental research and advisory firm CEA Consulting recently identified 70 FIPs worldwide with seafood companies in such a position, up from the 49 seen in 2015. Anova Food Sustainability Manager Helen Packer told SeafoodSource in March that the trend was indicative of a broadening industry push to invest in its future.

“FIPs are an investment in the future viability of our industry, so it’s great to see more companies stepping up to lead,” Packer said. “Now, businesses need to focus on outcomes, and the report recommends best practices that lead to more success in FIPs."