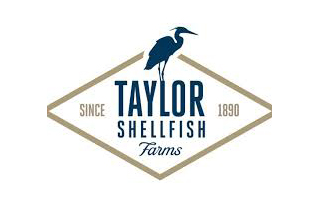 About the company: Taylor Shellfish Farms  is one of the largest clam, oyster and geoduck producers in the United States In addition to its wholesale business, the company farms 10,000 acres under ownership or lease in Western Washington and British Columbia, including sites in South Puget Sound, Hood Canal, Samish Bay, Port Angeles, Vancouver Island and Desolation Sound. It also runs a nursery and hatchery for mollusks and bivalves and owns five shellfish bars in the Seattle area. It purchased the Fanny Bay Oysters name, processing plant and retail story in British Columbia, Canada in 2007.