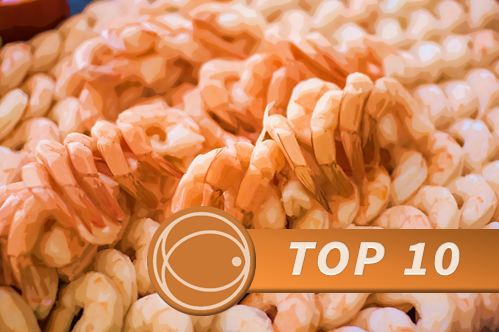 Tuesday, 10 May is National Shrimp Day in the United States. The event celebrates the status of shrimp as the country's most popular seafood item, beating out both salmon and tuna for the distinction.

According to the National Fisheries Institute, the average American consumed four lbs. of shrimp in 2014, the last year from which data is available. And that number continues to rise annually.

Shrimp's popularity has earned the species its own annual day of celebration in the United States, National Shrimp Day, observed each year on 10 May. Consumers throughout North America and around the world are encouraged to participate in the festivities by preparing their favorite shrimp/prawn dishes, and then taking to social media (Facebook, Twitter, Instagram) to share their creations by using the hashtag #NationalShrimpDay.

In honor of the 2016 National Shrimp Day, SeafoodSource recounts the top times shrimp made headlines over the past year.

6 deadly seafood viruses and diseases to watch out for