What do you get when you combine two idealistic former Wall Street hotshots, a former bluefin tuna wrangler, and an abandoned offshore aquaculture facility located less than two hours from the huge and hungry consumer base in Southern California? 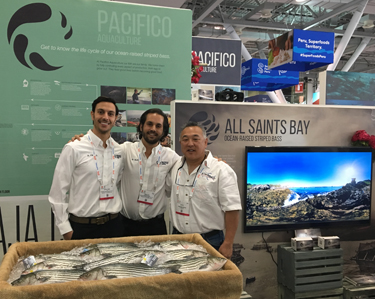 Located near Todos Santos Island, about eight miles off the coast of Baja in Ensenada, Mexico, the farm site was originally developed by an Icelandic company that went bankrupt in a failed attempt to farm bluefin tuna. In 2012, Rex Ito, who had decades of prior experience in seafood sales and aquaculture, took over the venue, along with his business partner Eric Pedersen, and the team sought to repurpose it to make it financially viable.

The farm’s location, above a deep canyon with strong currents, but located on the lee side of an island that protects it from storms surges and large waves, was ideal for aquaculture. But Ito needed a species that would give him an edge in U.S. markets – especially those of Southern California, only 90 miles away by car from Ensenada. He decided on striped bass, a species that was well-known on the U.S. East Coast but is less familiar to West Coast markets, despite the introduction of the species into the wilds of the U.S. Pacific Coast back in the 1800s.

“We worked from the market backwards,” Ito said. “We knew striped bass was a staple on the East Coast and we thought it wouldn’t be too hard to build up interest in it in California.”

The major difficulty with striped bass – and the reason you don’t often see them farmed, according to Ito – is the challenge of growing them in a hatchery. The new company spent heavily in research, hiring a team of experts and making trips to the Mediterranean to see how branzino was raised and to Norway to study that country’s processes for aquaculture.

“It took a heck of a lot of investment and time, but we finally figured it out – the key was consistent fingerling production,” Ito said.

However, the research costs took a toll, as the company struggled to stay afloat financially. It was at this time, in 2013, that the project caught the attention of Farag and Alfi – friends who had met in college and then gone on to business school and careers in finance.

“After spending some time in finance, we wanted to do something more with our lives,” Alfi said. “We started to look at the world of food, and then seafood. We saw that, basically, demand is increasing into forever. There’s higher demand for healthy food, especially protein, and the world is growing and getting richer. And yet, wild supplies are stagnant. We saw aquaculture as having great potential.” 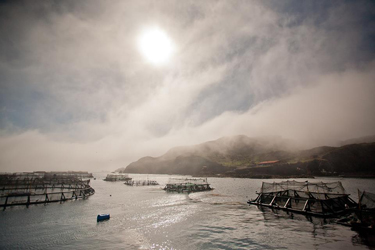 Alfi and Farag started looking into investing in aquaculture, and by chance, were introduced to Ito and Pederson.

“From an investment standpoint, it made so much sense. There’s no [finfish] aquaculture in California, but Ensenada is just an hour south of border – it’s practically Southern California. From a personnel perspective, Rex and Eric were really knowledgeable and experienced,” Alfi said. “And most importantly for us, the company is focused on doing the right thing. Pacifico gives us the opportunity to do something good for the world. It’s a compelling opportunity with a huge upside.”

In July 2013, Alfi and Farag acquired the majority of Pacifico Aquaculture and became the company’s managing director and financial director, respectively. Alfi said the pair proceeded cautiously, aware that being new to aquaculture, there would be a steep learning curve.

“Our core value is that we’re coming from a place of humility, especially as non-fish guys coming into every situation – we often don’t really know what we’re doing,” he said. “We know we need to do our research, ask the right questions, and surround ourselves with people who know what they’re doing, so we don’t make mistakes that have already been made.”

An important aspect of that learning curve was local knowledge of how to operate successfully in Mexico, which fortunately, Ito and Pederson had in spades.

“That part is huge – you have to respect the culture and it takes years of experience to learn how to operate there,” Ito said. 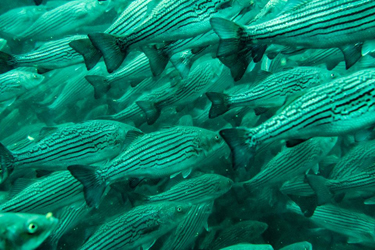 Now, four years into the project, the investment is beginning to pay off. The company is producing nearly 1,000 tons of striped bass annually, with plans to double that total in 2017. Last year, the company scored a distribution deal with Whole Foods, and its bass is now available in the retailer’s locations in the U.S. Pacific Northwest, Southwest and Rocky Mountain regions. In order to get the contract, Pacifico Aquaculture had to meet Whole Foods Market’s standards for responsible aquaculture and pass a third-party audit. Pacifico is now also working with LoveTheWild, a farm-raised frozen seafood meal-kits based in Colorado that recently scored a multi-million dollar investment from sustainable aquaculture investment fund Aqua-Spark, and an additional investment from actor Leonardo DiCaprio.

“LoveTheWild makes great products, and we’re proud of our partnership with them and want to work together to grow the industry and show aquaculture can be done right,” Farag said.

“Sustainability is a core tenet of the company,” he said. “The DNA of this company is responsible production, and want that to be the calling card of our product. But equal with that is quality – it has to taste great.”

The next two goals of the company are to achieve year-round production and nationwide distribution, specifically targeting the “conscientious consumer, at the overlap of white tablecloth and high-end retail,” Farag said.

“We’re aiming for places that have consumers educated on the issues facing seafood, and those who are eager to learn more,” he said. “We want to align ourselves and our product with the idea that aquaculture is the future, and that future is both sustainable and delicious.”