Like other seafood restaurants, Long John Silver’s is using Lent (which runs 10 February through 24 March) to springboard marketing efforts that will sustain the brand throughout the year.

This year, the 1,100-restaurant chain is featuring a major “Fish You Were Here” sweepstakes, along with its Hand-battered cod entrée with hush puppies and another side for USD 5.99 (EUR 5.47).

LJS opted to promote because “It is our flagship premium product in our system. It is 100 percent Alaskan wild-caught cod,” Marilyn Nicholson, vice president of media and promotions for LJS, told SeafoodSource.

The restaurant chain sells around more 20 million pieces of fish during Lent, Nicholson said. In addition to the cod special, Nicholson expects shrimp, crab and clams to be top sellers. In fact, the chain serves nearly 450,000 shrimp on Ash Wednesday alone.

LJS also offers Baked Cod and Baked Shrimp entrees, which are served with rice and vegetables. “It is a healthier-for-you option that is not fried. We are an expert in fried seafood, but realize it is not for everyone,” Nicholson said.

Meanwhile, LJS’s national sweepstakes, which launches 8 February, invites customers to take selfies in its restaurants or with its products, and then upload them to a to be eligible to win one of three cruises. “We wanted to dial up a sense of fun with the brand and bring consumers into the restaurant,” said Nicholson about the sweeps, which will be marketed heavily via digital and social channels.

The major marketing push around Lent is just part of the vision of CEO James O’Reilly, who came on board last February, after a tumultuous time in the company’s history. “O’Reilly brought on a new leadership team that is grounded in QSR and has a passion for the brand. From a business standpoint, we have had five periods of positive same-store sales growth, and wound up 2015 in a real good spot,” Nicholson said.

The fact that LJS now owns 44 of its 1,100 restaurants will also help the chain, according to Nicholson. “We have a greater sensitivity to what our franchisees go through, including issues such as of labor and profitability. It gives us greater credibility,” she said. “This is our first Lent in a few years that the organization has owned restaurants.” 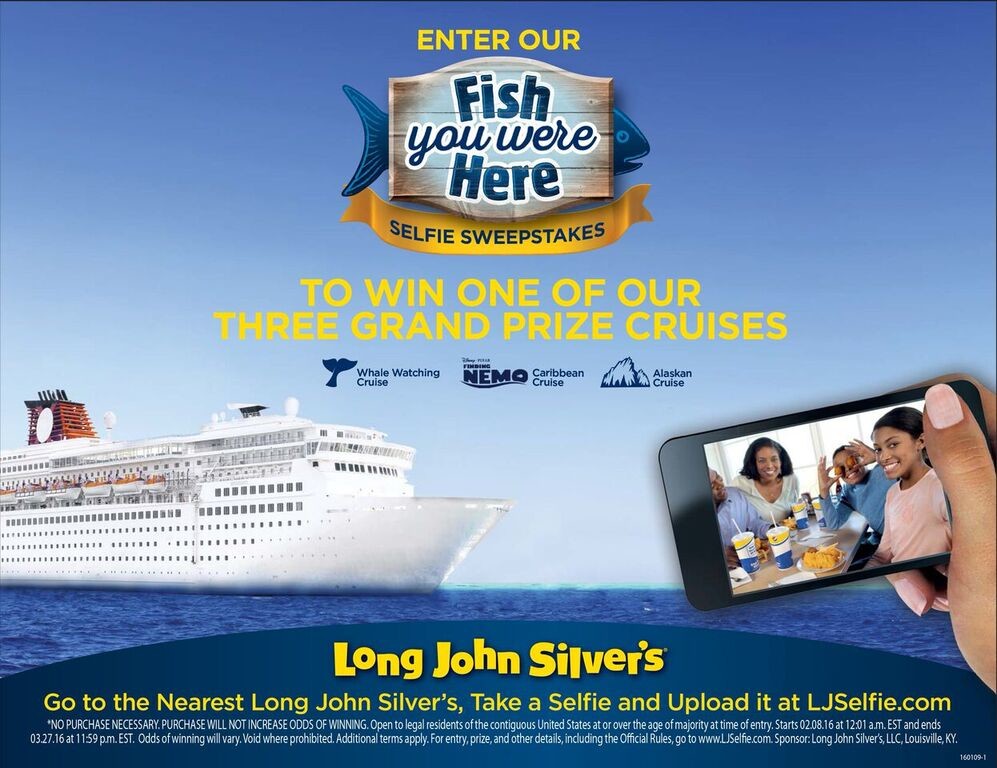