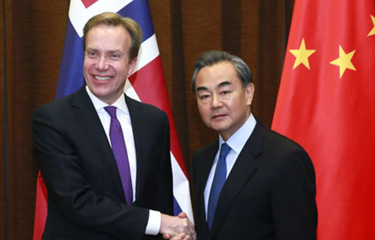 China’s top supplier of seafood remains Russia, in part due to geographic proximity and a rouble that has still to recover to its earlier highs. But China is using its diplomatic and trade clout to open doors around the world for its own fishing companies. As a major purchaser of raw materials and a financier as well as a builder of infrastructure, China has incredible sway over developing nations – and particularly those with opaque governments seeking loans with no strings attached. Expect many more opaque deals done with developing countries in exchange for allowing Chinese vessels to access waters protected by exclusive economic zones.

Meanwhile, Norway’s re-admittance to the Chinese seafood market earlier this year after the best part of a decade is a signal to other states that China politicizes its trade preferences to quell any criticism of its political practices.

Seafood restaurants shut down in China as New Year approaches