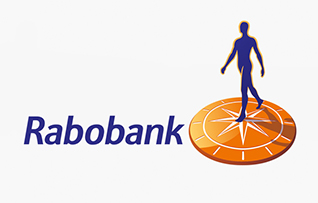 Despite the high prices, global shrimp demand has remained strong. Rabobank’s report says this is partly attributable to China further establishing itself as an emerging shrimp import market, with buyers importing farmed and wild shrimp not only from Asian but also from South America, and Canada. At the same time, the two leading global shrimp importers, the United States and the EU, have also shown strong demand throughout 2014.

“U.S. buyers appear to absorb the high prices with ease, with imports growing in both volume and value. Only Japan, the world’s third-largest shrimp importer, has seen demand soften due to a combination of a depreciating exchange rate, and long-term negative population dynamics,” said the report.

India became the No. 1 supplier of shrimp to the United States in 2013, replacing Thailand, historically the leading supplier to the market. Provided it’s not hit by any major biological or weather-related problems, Rabobank expects the country’s shrimp production to increase 15 percent to 380,000 MT this year. Furthermore, if it sees through planned expansion plans, India’s shrimp production could reach 500,000 MT by 2015.

Ecuador’s production has also grown rapidly over the past two years thanks to growing exports to the U.S., EU and Chinese markets.

And while Indonesia neighbors regions affected by EMS, the country has remained free of the disease, allowing it to increase supply and become the second-largest shrimp aquaculture producer after China.

Rabobank expects Ecuador’s shrimp production to hit 320,000 MT this year, an increase of 14 percent year-on-year, and Indonesia’s output to grow 8 percent to 385,000 MT.

In terms of global supply, Rabobank estimates farmed shrimp production could increase by 240,000 MT or 10 percent to 2.62 million MT in 2014 and that the increased supply will help to keep the prices in check into 2015.