Globe Export/Algues de Bretagne, with EUR 4 million (USD 4.4 million) in turnover and 30 employees, and Cozy Harbor Seafood, with USD 50 million (EUR 45.8 million) in sales and 175 employees – but only during the height of its season – are both much smaller companies than most of the competitors they faced. But their innovative products emerged from a pool of 43 finalists to win the grand prizes for Best Retail Product and Best HORECA (hotel, retail and catering) Product awards.

Even the leaders of the two companies couldn’t believe they had won at first. Globe Export/Algues de Bretagne CEO Christine Le Tennier and Cozy Harbor President John Norton both expressed astonishment and joy in interviews with SeafoodSource immediately after the ceremony where they received crystal chalices for being named tops at the 2017 competition. 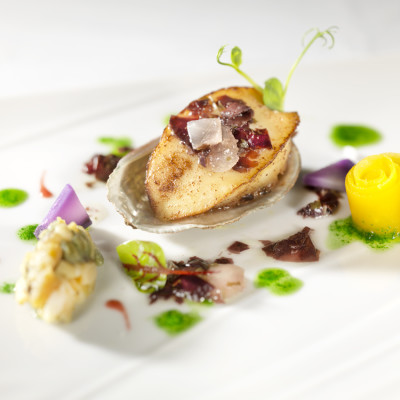 Globe Export/Algues de Bretagne, based in Brittany, France, focuses on value-added algae, seaweed and sea vegetable products. Its two types of marinated seaweed – dulse with red onion and white wine, and green laver with Brittany shallots and cider vinegar, were a hit with the contest’s judges, all of whom were veterans of the retail and foodservice sector. A chef herself, Le Tennier said she developed the product to make it easier to cook with seaweed.

“In kitchens today, home and professional chefs both have less time, and the easier the product is to use, the better – especially so with seaweed, which many people are uncomfortable or unfamiliar using,” she said.

Le Tennier said both products has an entrancing combination of flavors, but the one the judges praised most was its umami, a savory taste often described as “brothy” or “meaty.”

“The bright red and green colors look very nice, and people love seafood because it’s very healthy. But we wanted people to love its taste. The idea of a finished, fresh product where you really have a good taste was the idea,” she said. “This is the way we can bring seaweed or sea veg into the home and get it onto plates.” 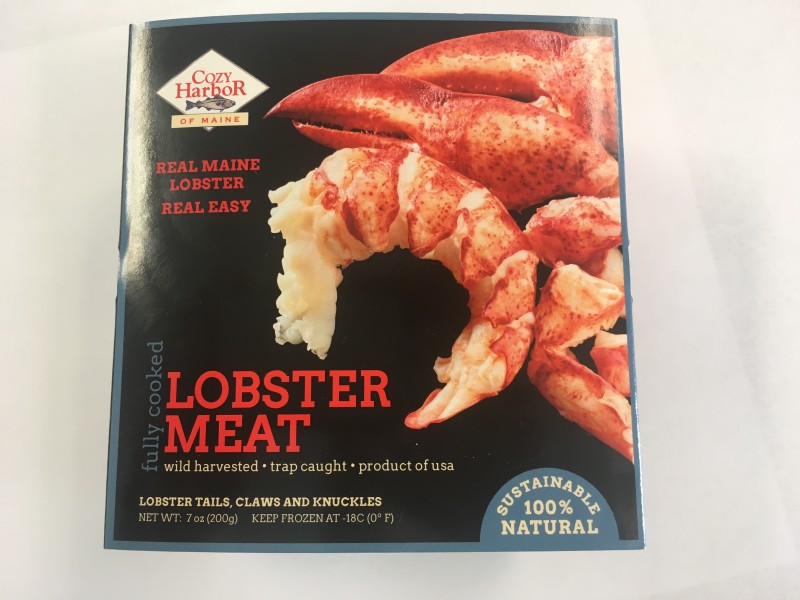 “We’re quite happy and surprised about winning. The award recognizes our efforts to democratize lobster so that everybody can enjoy [it],” he said.

Despite winning a major award for its innovation, Norton said Cozy Harbor is actually quite traditional in its approach. The company was founded in 1980 and began processing Maine lobster in 1993. It operates buying stations along the Maine coast where it purchases lobster directly from fishermen, and operates its sole processing plant inside the state from where it sources its product.

“The award is really an award recognizing the flavor, quality and texture of new-shell Maine lobster,” Norton said. “This is not a highly processed product – we view our role as to retain the freshness and quality of the live lobster. We do that by sourcing only the best lobster and by using a gentle cooking process and a liquid nitrogen freezing technology that preserves as much flavor as possible.”

With annual catches of Maine lobsters reaching all-time highs, there’s more lobster to go around, and Cozy Harbor set out to make its new product “affordable and available for people shopping in supermarkets,” Norton said.

“Historically, lobster was eaten in restaurants, primarily white-tablecloth restaurants, and it was hard to find lobster that was easy to use at the supermarket level,” he said. “Lobster’s not cheap, but it’s something that people should be able to afford to splurge on periodically.”

Recently, Cozy Harbor has seen success in marketing its products in Asia, including in Japan, South Korea, Singapore, the Philippines and Taiwan.

“[Lobster] has become big in Asia,” Norton said. “We just started selling there in 2012, and our products have gotten great reviews in Asia because people there really appreciate that clean flavor and texture of the Maine new-shell lobster.”

Norton said he hoped the attention brought to his company by winning a Seafood Excellence Global grand prize might help his company continue to expand into new markets. At the expo on Wednesday, 27 April, the Cozy Harbor booth was filled with people talking to company representatives, and many more waiting patiently for an opening to start a conversation.

For its part, Globe Export/Algues de Bretagne is also hoping for a springboard effect from its big win. Le Tennier said she expected the exposure the award offered the company might accelerate the process her products go through to make it from the foodservice sector into retail.

“We have always stuck by that formula of launching our products in restaurants, and when the product proves that it’s working and the market is there, we then go to retail,” she said. “We think this will speed up that process – a prize like this will help.”

Not letting an opportunity pass, Le Tennier announced the company is beginning work on a fresh spirulina product to market in time to qualify for next year’s Seafood Excellence Global Awards.