10 most influential seafood executives in China

Every year the microblog Hai Xian Zhi Nan conducts an online poll to select the 10 most influential people in China’s seafood industry. Hai Xian Zhi Nan’s Top 10 list is a handy summation of the priorities and the developments of the Chinese market in terms of marketing and new policies and products. The poll was conducted over a week this month on the Twitter-like microblog platform Weixin (also known as Wechat).

This year’s list is topped by the Marine Stewardship Council’s representative in China, now a year into the job. The rest of the list is made up mostly of distributors and importers. 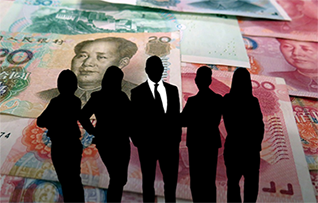 In 2015, the head of the Norwegian Seafood Council, Sigmund Bjorgo, appeared on the list in seventh place, a testament to his marketing prowess in China. But there are no foreign nationals on this year’s list.

Last year’s poll was topped by Ivy Wang, chief China representative at the Atlantic Canada Business Network, who was credited with “putting Canadian lobster on so many Chinese dinner tables.”

Click through below for the Ten Most Influential Individuals in China’s Seafood Sector for 2016: