A guide to the South Pacific Tuna Treaty conflict 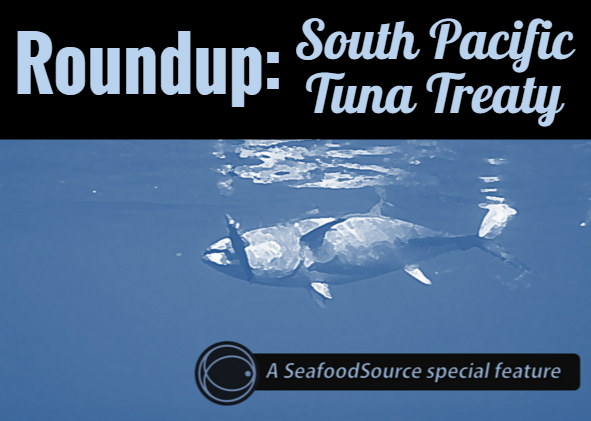 The plot thickens –  Negotiations between the United States and the Parties to the Nauru Agreement (PNA) have been ongoing ever since the U.S. tuna fleet decided to withdraw from the South Pacific Tuna Treaty (SPTT) at the beginning of 2016. Unwilling to pay the USD 67 million (EUR 61.2 million) fee and generally unsatisfied with the nature of the PNA’s vessel day management scheme, the U.S. tuna fleet remained locked out of PNA-controlled waters until a temporary renewal of SPTT was approved in March.

Negotiations on a long-term renewal of the treaty but have been complicated by a recent decision by the PNA. What did it decide? And how did this entire situation come to be? Click the buttons below to find out everything you need to know about the unraveling SPTT conflict.