The spacious surrounds of the China Freshwater Fisheries Academy in Wuxi on China’s east coast is especially busy this week, catering to 25 Ghanaian fisheries officers, but the staff here is used to dealing with large visiting delegations. Earlier this summer, a similar-sized delegation arrived from Malawi. Another group from South Africa’s agriculture ministry spent four months in China this summer studying mariculture techniques for fish, shrimp and shellfish. Last year 23 Congolese officials spent several weeks studying pond and cage aquaculture techniques in the city of Jingjiang on the Yangtze River.

The Wuxi facility schools visitors in China’s aquaculture “techniques, technology and management skills.” Since the late 1970s the Food and Agriculture Organization of the United Nations (FAO) has been bringing groups from other developing countries to China to study aquaculture techniques. In more recent years however China has been directly bringing African groups in for training – and in many cases funding the trips.

Having long nominated itself as a friend of Africa and a major purchaser of natural resources from the region, China has funded numerous bodies allowing African and Chinese officials to meet. One of them is the China-Africa Fisheries Investment Conference which is part of the Forum on China-Africa Cooperation – it meets every two years. Speakers at last year’s conference – mostly Chinese academics and officials, along with diplomats from several African embassies in Beijing – stressed that China wants to help Africa to fulfil its potential as an aquaculture player.

What’s interesting about China’s generous training of African governments in aquaculture is that Africa is also an increasingly important market for the product of Chinese aquaculture farms. It’s ironic that tilapia is now heading back to Africa – home of the tilapia species – in filet form aboard containers shipped out of China to ports like Lagos. With its own territorial waters being emptied by over-fishing (Asian and European vessels at fault) Nigeria and other African states are increasingly turning to cheap whitefish filets from China.

Africa may possess the greatest potential for future development of aquaculture. China by contrast is faced with the limits – increasingly expensive land and labor – to future expansion of its aquaculture sector. But developing aquaculture in Africa will be a huge challenge given the high logistics costs entailed by the continent’s comparatively threadbare infrastructure. Likewise, the costs of developing infrastructure such as hatcheries will require huge investment for aquaculture to take off in Africa. 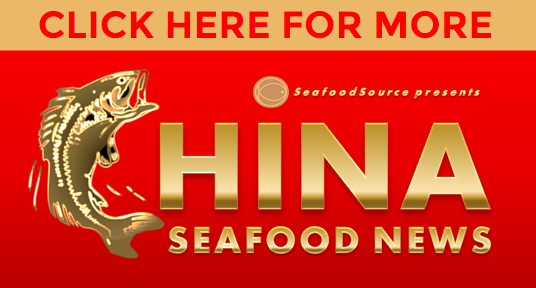 No one is better equipped than China to assist Africa to develop an aquaculture industry. The question is whether China will train potential competitors. China may have to decide if it wants to be a trainer or a producer in Africa. It could cultivate seafood in Africa for domestic and regional export markets, but for now it remains cheaper to ship a container of tilapia from China to Lagos than to truck the seafood overland in Africa. So China will also have to decide if it wants to invest in the kind of funds that will be required to make aquaculture happen in Africa. Training programs in Wuxi are great, but they won’t be enough.