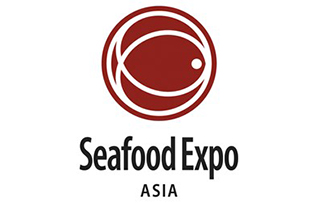 Seafood Expo Asia (SEA) will open its doors once more on 8 September, officially welcoming buyers and suppliers of live, frozen, value-added, processed, packaged and premium seafood to the Hong Kong Convention and Exhibition Centre for another year of festivities.

Thousands of visitors from more than 75 countries are expected to flood convention Halls 5 B&C from 8 to 10 September, with over 240 exhibiting companies from 31 countries – including 22 international pavilions – set up to greet them. According to event organizer Diversified Communications, this is the largest incarnation of SEA yet.

The sixth edition of SEA will kick off with a U.S. culinary demonstration, “A Taste of U.S. Seafood,” presented by the U.S. Agricultural Trade Office (ATO), Food Export Association (FEA) and Southern United States Trade Association (SUSTA). A schedule of master classes and cooking demonstrations are open to attendees, and will spotlight several species from differing regions of the world, including: Australian abalone; Korean oyster, sea squirt, eel and anchovy; Australian trout, salmon and mussels; as well as Canadian lobster and snow crab.

This year’s SEA schedule touts a special focus on seafood sustainability, with panels such as “Sustainability: Economic and Environmental Challenges for the Global Seafood Industry,” asking global opinion leaders to assess the challenges of the sustainability movement and trends that will shape the industry in the future.

“The purchasing decisions of consumers are increasingly being influenced by the health, safety and environmental credentials of the food they consume,” said Liz Plizga, Seafood Group Vice President for Diversified Communications, while noting that public awareness of sustainable seafood is on the rise.

The finalists of the 2016 Seafood Champion Awards – which recognizes and celebrates individuals and organizations for their outstanding leadership in improving practices and awareness when it comes to sustainable seafood – are expected to be announced following the panel discussion.

Representatives from Hoi Kee Ho Fresh Fish, Foundation Fish&Season and Jan Van As are all slated to jointly present in a forum on “Sustainable Seafood – A Success Story from Europe.” Other segments to be featured at SEA this year include: “E-commerce in China: Development and Opportunities,” which will hone in on how international fish and shellfish suppliers can utilize online platforms to market their products to the Chinese market; and the “Future Cold Chain Development in China,” as presented by Swire Pacific Cold Storage, which will serve to “further emphasize the importance of the mainland China market to the sector,” according to Diversified.

The event will be capped off with a demonstration from a chef affiliated with American company Artic Circle Wild Salmon, who will talk about how to bring excitement to the seafood menu while highlighting key preparation techniques.

“In order to maximize the networking experience for delegates, Seafood Expo Asia 2015 also sees the introduction of a new, online business matchmaking program,” concluded Seafood Expo Asia Show Director Terri Tsang. “Designed to encourage and increase efficiencies in sourcing products during the exhibition, buyers and importers have been invited to use this service to initiate and arrange business meetings with exhibitors of interest.”

SEA is produced by Diversified Communications, the parent company of SeafoodSource.