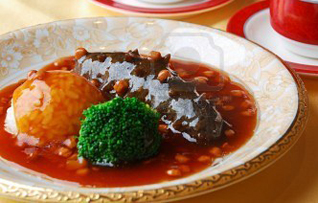 Strong demand for sea cucumber (also known as mere) is driving investment in the sector in China, say analysts monitoring key cultivators. While a large-scale southern sea cucumber harvest this spring pulled the price down from RMB 216 per kilogram to RMB 160 kilograms. However, prices will increase in the second half of the year predicts Sun Xia, industry analyst at Guo Hai Securities Co.

With prices rising to RMB 200 per kilogram, “earnings growth can be expected,” said Sun. Colder fall and winter weather drives an increased demand for dietary supplements “… and there are more festivals in these two seasons, therefore the demand for sea cucumber will rise,” explained Sun.

Among the key cultivators, Dalian Yi Qiao Marine Seeds Co. Ltd has been busy raising finances to expand its cultivation operations. It should be in for a boost as sea cucumber prices rise in the latter half of this year. Yi Qiao in June announced it would issue shares to raise RMB 798 million to add 14,000 acres of production, as well as plant for sea cucumber seedling cultivation. By the end of the company will have at least 2.6 million mu (15 mu equals one hectare) under cultivation with plans to add 30,000 mu early next year.

Listed on the Shenzhen stock exchange, Yi Qiao Marine Seeds drew 86.1 percent of revenue from shellfish seedling, with a gross margin of 59.4 percent.

Chinese seafood firms continue to seek diversification away from seafood